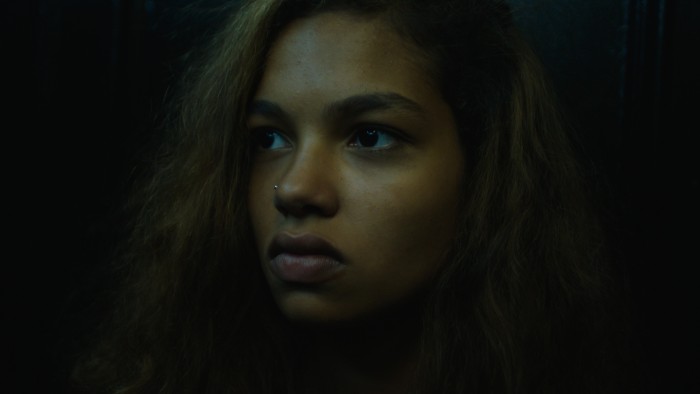 On Sunday 25th February, I watched writer-director Josephine Decker’s third film at the Sony Centre as part of the Berlinale International Film Festival. Decker boldly confronts issues of mental illness and identity in ‘Madeline’s Madeline’ with a remarkable sense of sensitivity and openness. This film is especially interesting in its attention to the nuances of a confused millennial teen’s sense of self.

The simple plot, the elephant in the room, is the unspecified mental illness of Madeline that has driven a wedge between her and her mother. Regina (Miranda July), ultimately weak and ineffective in her attempts to control Madeline, battles to maintain a relationship with her daughter. Her maternal concern often comes out in screaming and shrill sounds of despair that July skilfully allows to perforate her dialogue.

‘You don’t know myself. I am being myself.’

Madeline clearly internalises the stress of her home environment. Amongst rather violent verbal tirades against her mother, we see momentary glimpses inside Madeline that seem to elude definition. Madeline is not one self, but many.

“The emotions you are having are not your own, they are someone else’s. You are not the cat — you are inside the cat.”

Madeline’s acting class becomes an escape, but also a powerful tool for self-creation. An interesting relationship is struck between Madeline and her acting teacher. Evangeline (Molly Parker) seems to be interested in Madeline’s talent, but only so far as it reflects her own as a director.

Decker brings into the forefront questions about storytelling through Evangeline, who is completely wrapped up in her own artistic vision for her performers. Who has ownership of a story, and who has the right to tell it?

Evangeline performs the role of a surrogate mother to Madeline to such an extent that the teen becomes notably dejected at the announcement of Evangeline’s pregnancy. Both Madeline and Evangeline are trying to fill some kind of vacuum through the relationship and Decker’s treatment of this theme is superb.  The transference of control from actual mother to surrogate mother is striking, but feels almost too much like Stockholm syndrome.

In the final scene, Madeline releases her narrative of pain and suppression in an immersive monologue that she performs in front of her acting class and her mother. This moment is chaotic, made up of fragmented angry speech and unrelated thoughts and emotions that recount her story. Within this, we see the strength of a woman who takes control of her own personal and artistic journey.

Helena Howard (Madeline) is remarkable in her performance of such raw, explosive emotions which makes for an altogether intense viewing experience.

Sound design gives rhythm to the most extreme moments of this film, building suspense with snatches of music and visceral echoes of panting and heavy breathing. The unfocussed camerawork gives an ethereal, dreamlike quality that disorientates our sense of narrative.

When Evangeline attempts to take Madeline’s story to use it in a piece of theatre, the other actors protect her from the cloying hands of their power-hungry teacher.

The stealing of another’s story for artistic purposes is seen as a heinous crime. Evangeline’s empathy with Madeline only stretches as far as her desire to make Madeline’s vulnerability into art.  Some kind of triumph for Madeline is achieved. Evangeline is eventually weakened in the wake of Madeline’s assertion of her own power and identity.

Madeline plays out her mind’s vacillations between ecstasy and delusion, she plays the vulnerable girl coping with an identity crisis, she plays the devilish virgin who offers herself to her teacher’s husband, and she plays the cat – the lone, independent woman with nine lives, each carefully crafted for our viewing pleasure.

No matter how abstract things get in this movie, the emotion driving it is always visible.